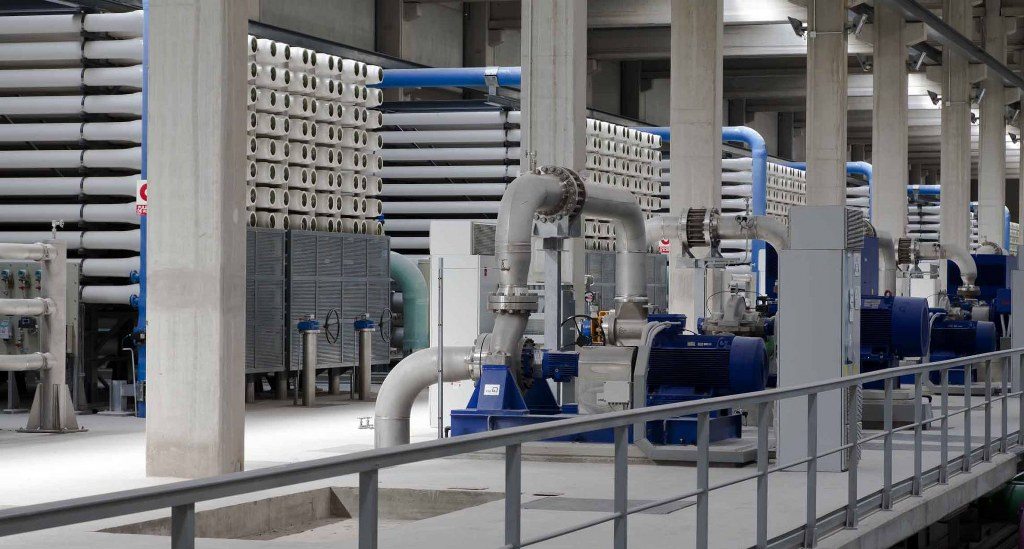 01 Jul What is Inverse Osmosis?

Posted at 10:21h in Water by Inncive 0 Comments
0 Likes
Share

Water exists in nature as a pure substance, but typically not in pure form. Many substances combine easily with water. When water comes in contact with substances, they become dissolved solids, such as minerals, gases and organic compounds, or become suspended solids, such as clay, silt and microorganisms.

Mixtures containing dissolved solids are commonly called solutions. Solutions are formed when a solute material, such as salt (sodium chloride), dissolves in a solvent, such as water. When a particle of salt comes into contact with water, the salt dissolves and spreads throughout the water until the salt as a solid no longer exists. Salt ions are still present, but now they exist in a liquid phase as part of the solution and are now known as dissolved ions. These ions carry a positive or negative electric charge, and will be called cations if they carry a positive charge and anions if they carry a negative charge. Organic substances, such as sugar and starch, also dissolve and form solutions that do not normally ionize.

Suspended solids are materials that do not dissolve in a solvent (like water), they exist as particles unevenly distributed in a mixture. Suspended solids of more than five microns are filtered before the reverse osmosis membrane elements by means of prefiltration.

The presence of dissolved and suspended solids can be detrimental to many water applications, such as the production of steam for the generation of energy or the water of ingredients used in the preparation of food and pharmaceutical materials. These dissolved and suspended solids must be removed or reduced from water before use in these and many other applications. An effective method to remove most of these contaminants is known as reverse osmosis (RO)

This process continues until the ionic concentration of both solutions is equal or until the resulting passage of water through the membrane reaches the osmotic pressure of the solution if the solutions are trapped in a container.

The reverse osmosis is the reversal of this natural phenomenon, by applying external pressure on the solution containing the highest concentration of dissolved ions, this forces the water through the semipermeable membrane in the opposite direction, leaving behind the dissolved ions and the suspension of solids.

The first step consists of obtaining the incoming water (also known as raw water) from the sea, through pumping-driven pipes that lead to the treatment plant.

Once the incoming water is in the desalination plant, it is necessary to apply a global pre-treatment that will include different physical and chemical processes that vary according to the quality of the water. Generally a coagulant is applied to form aggregates of particles that will be eliminated in the decanter. After this decanting process, disinfection will be continued to eliminate the biological load of the water.

Subsequently, the water passes at different pressures through a set of filtration and ultrafiltration stages to eliminate most of the suspended matter, refining the previous filtration in each one of them. Next, the water is prepared so that it has the optimum physicochemical conditions to be introduced in the semipermeable membranes.

The current reverse osmosis membranes are very sensitive to variations in water quality, temperatures … so in order not to damage them, it is essential that the pre-treatment phase of the water is optimal, so the design of the This pre-treatment system is a key factor for the efficient operation of the desalination plant.

In this phase, high pressure pumps push the water towards the reverse osmosis membranes, which are arranged in racks. The pressure exerted must overcome the osmotic pressure.

After the passage of water through the membranes, two different currents are obtained: one of desalinated water (also called product water) and one stream of what is known as brine (also known as concentrate or rejection) and which is the same inlet water with a greater concentration of salts, since these are diluted in less quantity of water.

The brine discharge systems are designed to minimize the environmental impact, through the construction of emissaries with diffusers and pre-dilution that make the rejection, upon contact with the sea and marine currents, quickly diluted.

The desalted water stream, according to its initial quality or its subsequent use, may pass through a second stage of reverse osmosis, and finally enter the post-treatment phase.

The desalinated water is taken to a storage tank where it is treated according to the final use that it will have. If necessary, it is remineralized to improve its quality for human consumption according to current sanitary regulations.

Subsequently, the desalinated water is ready to be taken to the supply network.