Since INNCIVE opened for business in 1999 the firm has had an international visibility, taking part of many projects from different parts of the world, mainly in South America, highlighting Peru, Brazil, Mexico, Guatemala, Chile, Cape Verde and Venezuela.

In the last years INNCIVE has been positioned in strategic locations, due to market demand and its recognitions by foreign clients, so that INNCIVE currently has three branches abroad: in Natal (Brazil) with the name of INCIBRA Ltda. another in the city of Lima (Peru) with the name of INNCIPE S.A.C, and the last one in Colombia. 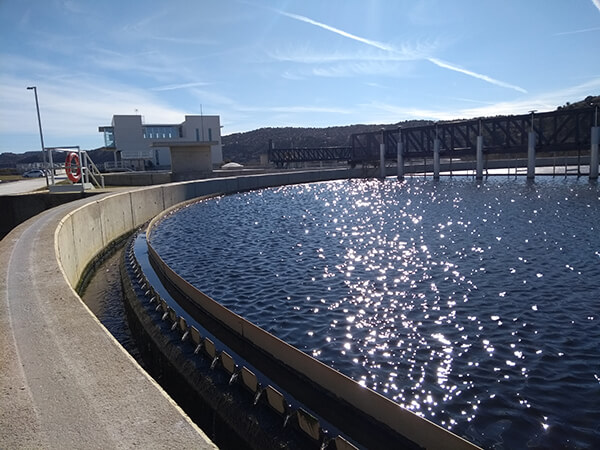 Its activity began in Madrid, focused on the execution of engineering projects of mainly environmental infrastructures, technically innovative and giving the precise response to the needs of the client.

Step by step, the company began to gain the recognition and the trust of its customers. INNCIVE expanded its areas of action and services provided, but always maintaining its commitment to quality and innovation.

The company has achieved a rapid growth and it has consolidated as one of the leaders in Spain in environmental engineering through the completion of more than 250 projects.

From our beginnings, INNCIVE has been structuring specialized multidisciplinary teams to be able to find the optimal solutions to the engineering challenges presented by our clients. The trust that they have placed in us throughout our career has allowed us to develop projects of a very diverse nature, each time more cutting-edge and innovative.

Since 2005, technical assistance in project management and turnkey projects have also been incorporated among the services provided to our clients. Nowadays, this area represents approximately 30% of the activity of INNCIVE.

Although INNCIVE has developed several projects overseas, it is in 2009, when INNCIVE began a firm internationalization strategy, opening its first office abroad in Brazil and establishing its Brazilian subsidiary, INCIBRA.

Subsequently the process has continued with the openings in Peru (2010) and Colombia (2013).

INNCIVE belongs to an independent group, without links to any contractor, supplier or financial group, which guarantees that its activity has no other objectives than those indicated by its clients.

It has a highly qualified professional staff, formed by a multidisciplinary technical team of 50 professionals in which they include PhDs and Civil Engineers, Industrial Engineers, Agronomists, Naval Engineers, Architects, Biologists, Graduates in Marine Sciences and Environmental Sciences, Chemists, Drafters, Operators of GIS, Administrative; a group of professionals aware of the importance of protecting the environment.

INNCIVE has the support of a large group of technical advisors experts in waste water and potable water. INNCIVE counts with the latests computer programs for all type of simulations.

Since the beginning of its activity, INNCIVE has had an international projection participating in numerous projects in different parts of the globe and mainly in Latin America, highlighting Peru, Brazil, Mexico, Guatemala, Chile, Cape Verde and Venezuela.

As a result of the recognition of foreign customers and the market demand, INNCIVE has opnened three Branch offices abroad: in Natal (Brazil) under the name of INCIBRA Ltda., another in the city of Lima (Peru) called INNCIPE SAC, and another one in Bogota (Colombia).

Inclusion in a community environmental management and auditing system (EMAS)

We intend to merge environmental compliance and sustainability with execution of works through engineering services and projects which incorporate innovative and effective solutions with high technological content.

From INNCIVE we try to promote integration of environmental infrastructures, seeking innovative and technological solutions that provide a user friendly environment.

We work to strengthen urban settlement infrastructures, integrating development, preservation and management of environmental infrastructure; in short, we try to do our bit to promote sustainable development.

Our ambition is to provide the most efficient and innovative solutions to our clients and, in addition, to the environment.

Our performance is governed by the following objectives:

We base our work on innovation, quality and self-reliance.

INNCIVE stand out because it incorporates innovation in its projects, providing a high added value. Nowadays, INNCIVE’s investment in R&D 5% of the resources in working hours.

Each of our actions is part of an integral quality service for the client and society in general. INNCIVE’s commitment manifests in engineering projects, services and activities which always enjoy the due quality and which respect the environment as well as are appropriate to ensure people’s safety.

INNCIVE is a fully independent, private capital company. We depend on our effort, ability and experience. This feature allows us to decide with absolute freedom on the evolution of our business and face the new challenges according to the policy established by INNCIVE’s Management and Board. Independence allows INNCIVE to ensure full compliance with all its commitments provides the most viable solutions for its clients and offers the necessary quality in all its projects. This ensures freedom for the teams of professionals to carry out their work without external constraints. 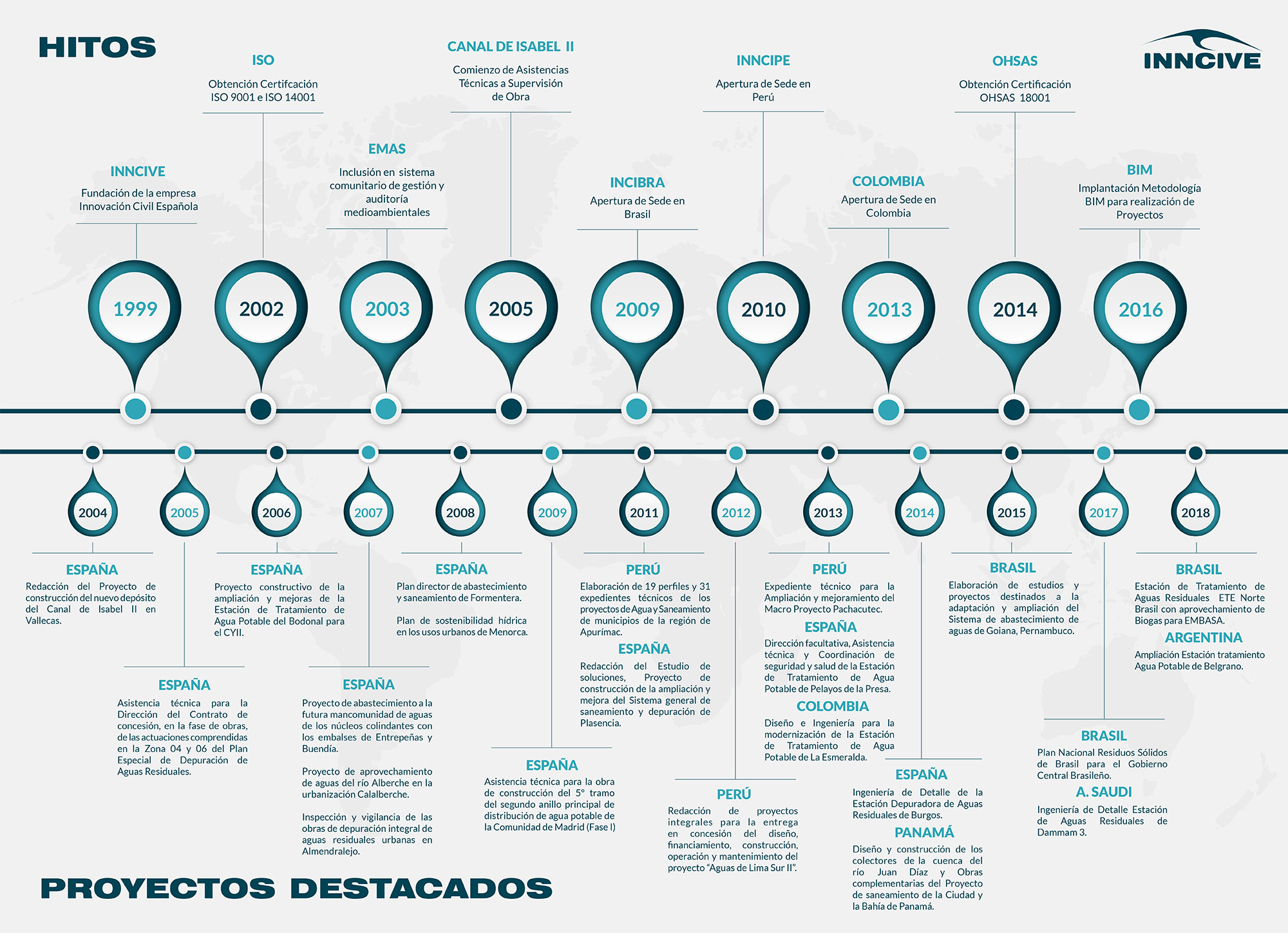 Innovación Civil Española, SL, has implemented an Integrated Management System for Quality, Environment and Safety and Health at Work, based on the ISO 9001, ISO 14001 and ISO 45001 standards, certified by the European Quality Assurance Spain (EQA) company under ENAC accreditation (Certification No.: 6890).

In its eagerness to promote continuous improvements in the environmental performance of the organization, INNCIVE is also certified under the requirements of Regulation (EC) 1221/2009 of the European Parliament and the Council of November 25, 2009, by which it is permitted that organizations adhere on a voluntary basis to a community environmental management and auditing system (EMAS); and subsequent regulations that modify the aforementioned.

The latest Environmental Declaration of INNCIVE has been validated by the European Quality Assurance Spain (EQA). If you wish, you can consult it here:

These certificates, recognition of the maturity and effectiveness of our system, confirm our willingness to develop in a line of continuous process to give every day a response more adjusted to the expectations of our customers. 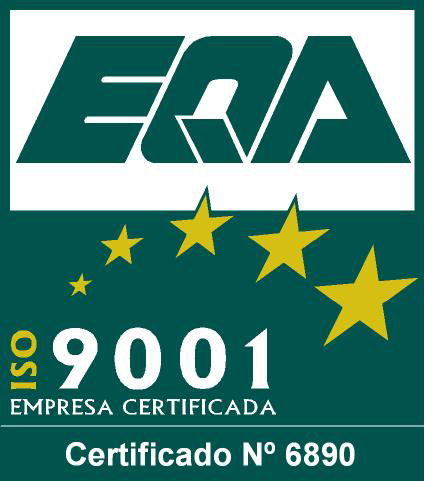 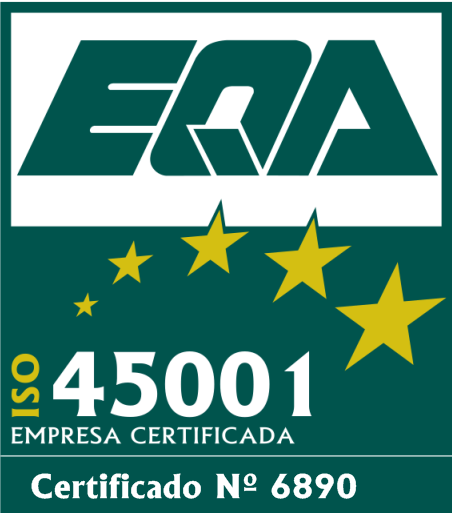 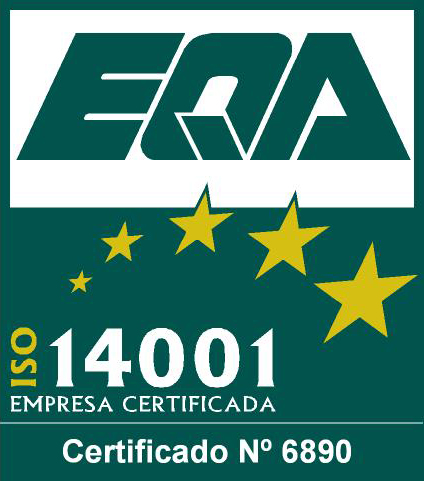 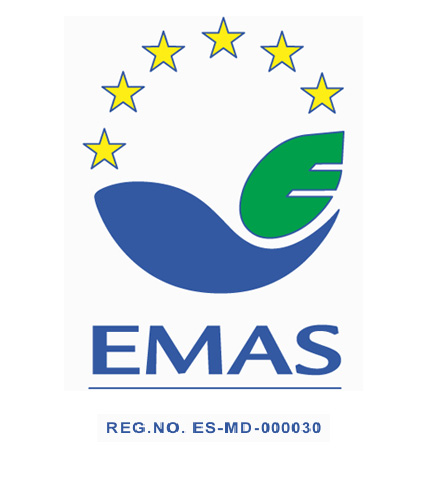